From Call of Duty to Casinos streaming, Xposed aka Cody Burnett, the 24-year-old Twitch Casino Streamer has sure come a long way!

Does that ring a bell?

If that doesn’t then this definitely will: “Twitch Streamer Xposed Loses $7000 Betting Online and Smashes His Keyboard In Anger” Now it does, right?

So what exactly happened?

Xposed was gaming on Roobet, a famous online casino that accepts cryptocurrency payments, on his February 12th stream. The game is extremely popular among Twitch gamblers. Xposed lost around 7000 dollars in a single bet while playing Roobet. After the reality of the $7,500 loss hit him, Xposed became enraged and smashed an adjacent keyboard.

His Twitch chat flared up as soon as he lost the wager, spamming emotes and making fun of Xposed. While his loss was significant, Xposed immediately recovered, telling the chat on his stream that it was just one of those days.

Well, that’s just a one-off tale! These things inevitably happen and don’t ruin your credibility in the industry. After all, he is a top online casino streamer and the tagline is very well deserved!

Let’s take his story from the top!

Cody Burnett, from Ontario, Canada, is the man behind the handle: XPOSED. Cody has been a gamer since he was a small child. Cody, who was born in 1996, is a digital native who began streaming Call of Duty before venturing into the casino realm in 2017. When Xposed was eight years old, he began playing Call of Duty. Indeed, he aspired to be a successful eSports player. He began streaming while still in high school, and he even dropped out in his senior year to pursue a career as a full-time streamer. 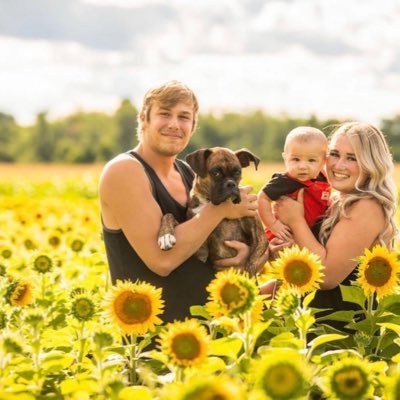 And now look at him: He was and IS one of the first streamers to build a name for himself.

Xposed’s streams now bring in thousands of dollars every month. The Reigning King has done exceptionally well on Twitch, with almost 320,000 followers. People adore him because of his outgoing nature and high energy levels.

Unlike other popular casino streamers, Xposed is far more open about his personal life. He’s a peaceful family man who lives with his long-term partner turned wife, their baby, and their dog. He also, unlike Roshtein (another streamer), played for a long time with relatively small stake sizes. But, more recently, he has begun to up the stakes. He now wagers hundreds of thousands of dollars per game, with victories exceeding $100,000.

That some high levels of risk turning into greater rewards.

When and where can you find his streams?

He’s been playing more in the evenings since becoming a family man with a baby on board in 2020, often starting about 9 p.m., Toronto time. Each webcast lasts about 4 hours on average, though there are certainly longer sessions.

On weekends, he normally starts earlier, and his Xposed schedule can be found on his Twitch page. He takes streaming seriously and is quite consistent, despite being a riot with a fantastic sense of humor. After all, he now has a family to feed with his streaming revenue!

Apart from Twitch, You may also watch Xposed videos on Youtube at any time of the day. However, you won’t be able to have a conversation with that. As he has managed to grow on the platform, Cody has also formed the Xposers, a casino streaming team, in order to share part of his spotlight with newer streamers. For us, it means that the Xposed Twitch channel will be able to provide us with even more high-quality entertainment!

What does he bet his money on?

Xposed prefers to play the Evolution Gaming slots and live games. He doesn’t keep to just one slot, as one might assume, however, he does have a handful that he enjoys revisiting. One of them, for example, is Reactoonz. This high-octane role suits his high-octane personality, and the audience is in for a wild journey. Fruit Party is also included in Xposed’s list.

There is also live casino game streaming available, with our favorite Canadian streamer rocking Evolution Gaming’s legendary game shows. Crazy Time, Mega Ball, and Monopoly are all entertaining enough on their own, but Xposed’s intensity elevates them to a whole new level. He’s also a huge fan of the game Fortnite!

What kind of online casinos does he prefer?

Xposed is well-known for his participation in a range of online casinos.

He does play at casinos that cater to customers who wish to deposit in a traditional currency such as Dollars and Euros. He’s also involved in a Roobet Casino sponsorship, which he is quite open and transparent about.

The top two sites on the list are 20Bet Casino and Roobet, of course, both of which are well-established sites with a large selection of slots and live games. Caxino is one of the smaller online casinos where Xposed plays. He wants to get involved with new online casinos that have higher incentives and offers for new players, as he is a bit of an entrepreneur in that sense.

Cody Burnett’s net worth is unknown, but he certainly lives comfortably. There are undoubtedly methods to make money on Twitch, especially with so many followers. His monthly earnings are estimated to be around 6,000 USD per month.

You may wonder, are his earnings real or fake?

There have been concerns over whether this is a hoax or not. In the case of Roobet, the casino provides Xposed with a bankroll and allows him to keep a percentage of the winnings. So, while it’s not from Cody B’s savings account, it’s also not counterfeit money because he may withdraw the profits.

And finally, where can you find Xposed on Social media?

She’s typically credited with supporting him as he launched his streaming career. There’s also their dog, as well as their new baby, who was born this year. There are also photos of his slot victories, of course!

Even though chat doesn’t provide the same level of contact, many people enjoy watching Xposed films at odd hours of the day, and Cody surely makes plenty of money with the ads here!

Streamer
Our lovely team is composed of experienced players and professionals in the industry in Canada. 1227 Fallon Drive, Ayton, Ontario, ON, Ontario, N0G 1C0, Canada.